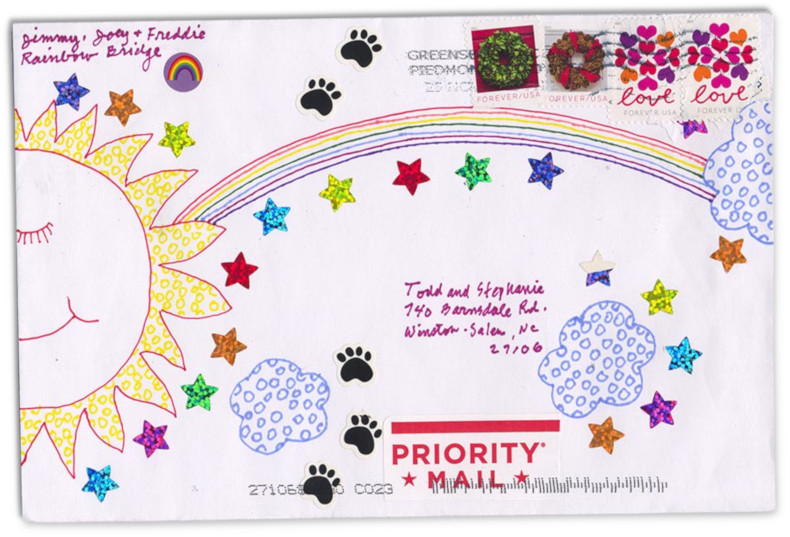 Like many people, we have loved animals since we were kids and both of us were lucky to have dogs and cats growing up. (Well, just dogs for Todd, who is, unfortunately, allergic to cats.) And that means we've said goodbye to many pets as they've crossed the Rainbow Bridge. We miss them, even those who left us decades ago. And so we were thrilled to get this letter from Jimmy, who, along with his pals Joey and Freddie, organized a big Belcher-Hayden pack reunion, inviting our beloved childhood pets on the other side of the bridge. It sounds like it was quite a party. - Todd and Stephanie Belcher