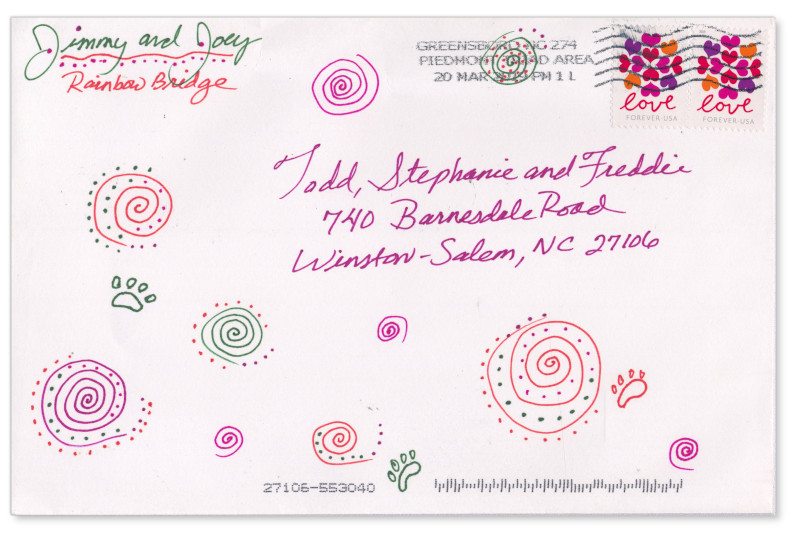 When we adopted Sally, we knew we would eventually get a companion for her. She had previously lived with a canine friend, and a four-member pack of two people and two dogs feels right to us. Last fall, our beloved Jimmy, Joey and Freddie worked from across the Rainbow Bridge to find Sally, so we trusted their judgment and were content to wait until they sent our next pack member this way. Here Jimmy explains how our Rainbow Bridge trio selected Luna - the absolute perfect addition to our pack! - Todd and Stephanie Belcher