Our hearts broke for Esther the Wonder Pig and her family when they had to say goodbye to Shelby, their beloved dog and Esther's best friend. And then, just a few days later, they had another tragic loss as their dog Reuben followed Shelby across the Rainbow Bridge. Of course, our dear boys Jimmy and Joey were there to greet them, sending us reports quickly after each arrived to let us, Esther and her fans know that the dogs we'd all come to love through social media had arrived safely. Read on to see how Shelby and then Reuben were welcomed to their new lives. - Todd and Stephanie Belcher 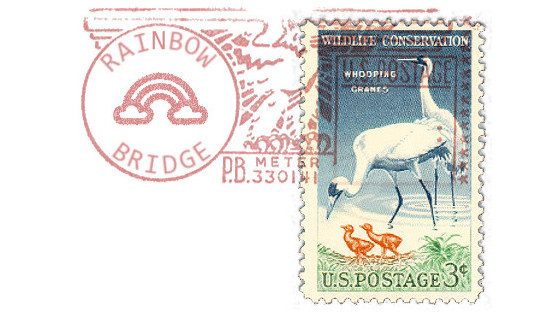