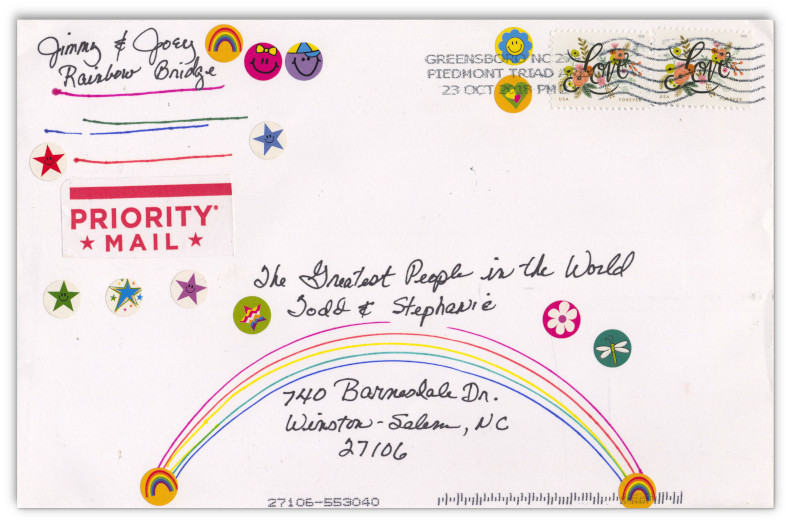 We miss our dogs Jimmy and Joey every day but are lucky enough to get regular updates from them about their new lives since they've crossed the Rainbow Bridge. This month, Jimmy and Joey bring us news of other beloved animals who've found new joys and physical freedom on the other side of the bridge, including Teak, a rescue of Stepping Stones Canine Rescue; Kingston, better known as Kingston Another Lucky Dog; and friends of Esther the Wonder Pig at Happily Ever Esther Farm Sanctuary. (You can read more about the previous lives of these amazing animals on their Facebook pages.) We're happy to learn they're all doing great! - Todd and Stephanie Belcher 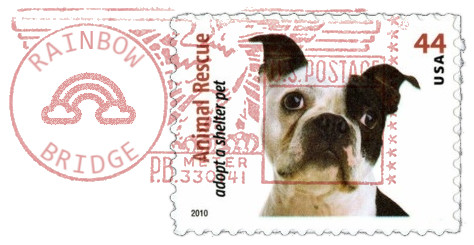