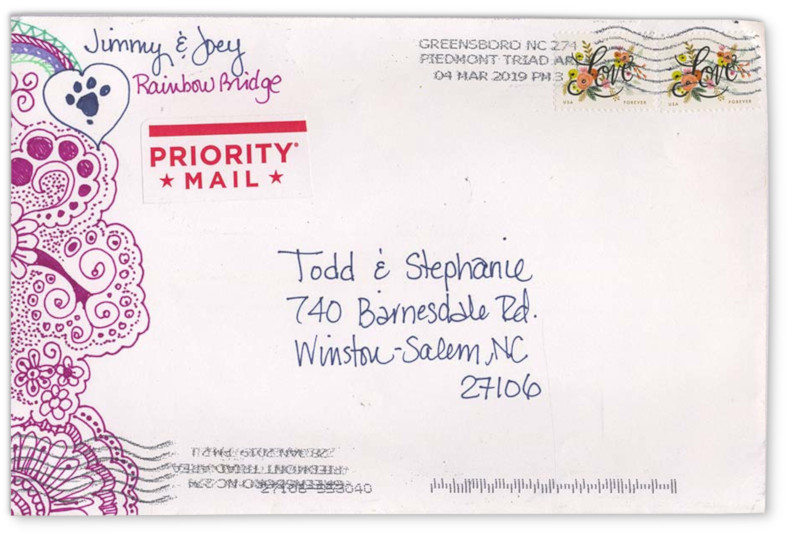 Every year, volunteers with Unchain Winston get together for a party to celebrate their hard work building fences and providing proper shelter for dogs so they can play safely outside. We learned that this year, there was another big celebration happening at the same time, as the pets of UNchain Winston volunteers who've crossed the Rainbow Bridge threw their own big shindig. Our dogs Jimmy and Joey were lucky enough to be invited and Jimmy sent us this report. Spoiler alert: They had a blast! - Todd and Stephanie Belcher